Provizyon Media Limited Company, founded in 2008 by Ufuk Coşkun, who made significant innovations during his production and television management duties, brings together quality projects with the audience in national channels with his professional staff.

Provizyon Media has been doing contest, music-entertainment, news, magazine, sector, health, daytime genre programs with the host of famous people. In addition, it attaches great importance to the travel documentaries that it has prepared for the purpose of introducing the historical touristic regions of our country, transferring them to future generations and raising awareness on tourism.

In addition to television programs, Provizyon Media provides institutional solutions to organizations in the fields of advertising film, technical infrastructure, production and management services with its experienced staff. Proviyon Media also contributes to the media world by undertaking the production of many projects published for the first time in our country.

To check our productions please roll down the page.

Producing quality content to Turkish TV since 2008
with our professional team... 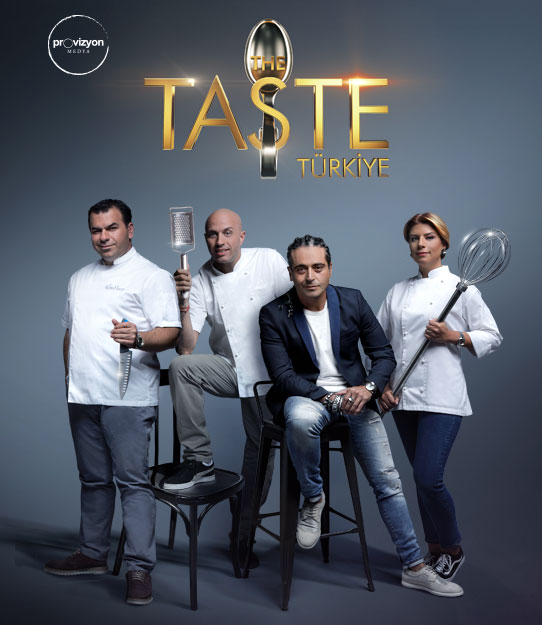 The Taste season begins with blind auditions of both professional and amateur cooks during which three judges, who double as mentors, taste one spoonful of food from each contestant without knowing who cooked it or what all the ingredients were. Each judge decides whether or not they would like the contestant on his or her team by pressing a button (green for yes or red for no); the buttons are hidden from the other judges (although some decisions are revealed to the home audience). The jugdes then meet the contestant and press a button to reveal their votes. If exactly one judge votes yes, that contestant automatically joins that judge's four-member team. If more than one judge votes yes, the contestant chooses among them.

Once the 12 contestants are chosen, each episode consists of team and individual challenges on a weekly theme.

In the team challenge, the contestants work for one hour with coaching from their mentors. Each mentor selects one dish to represent his or her team, which is tasted by a guest judge. The team with the best taste is rewarded with a avoid eliminated in the second challenge, while the mentor of team who places last in the challenge must eliminate one of their contestants.

In the individual challenge, the contestants work without assistance for one hour. Each episode ends with the mentors tasting all the competitors' dishes without knowing what it is, how it was prepared, who created it, or whom they will be eliminating, awarding a gold star to the dish they liked the most and a red star to the dish they liked the least. The contestant or contestants with the worst bite of food is eliminated from the competition in the first two seasons. 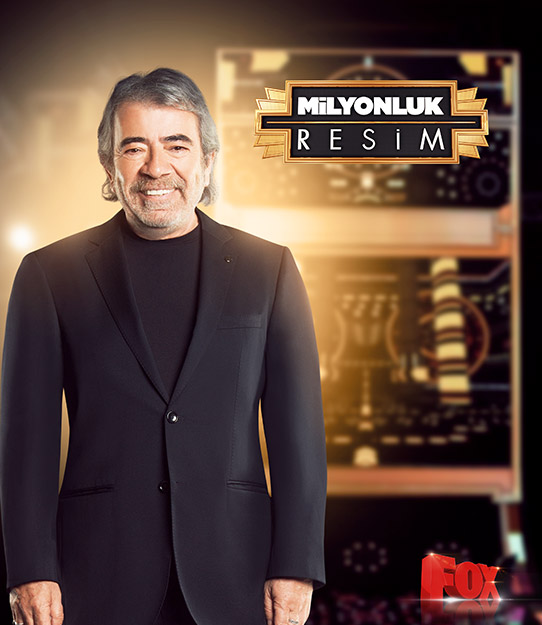 “The Big Picture Turkey” is a worldwide hit quiz-show where contestants have a chance to test their visual knowledge and intellectual ability.

Every question is based on a picture. The studio player earns money for every correct answer and goes up one step on the money ladder. Answering all 12 questions correctly will make the studio player a millionaire!

Thanks to the special Big Picture App, viewers are also able to fully interact with the show from the comfort of their homes. 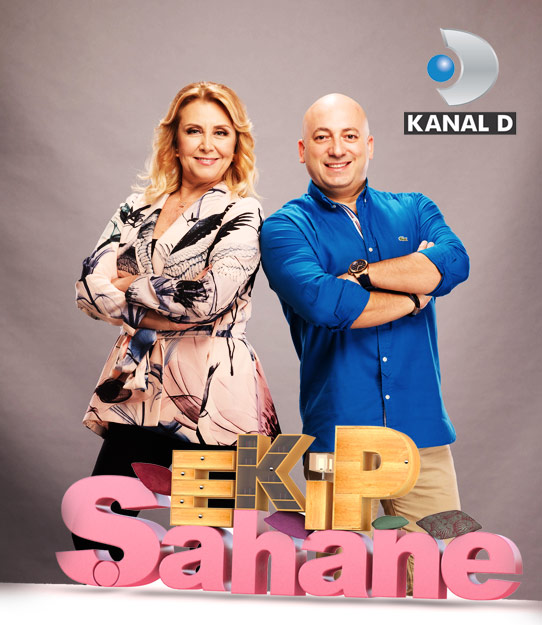 The legend is back!

The phenomenal home-decoration format “Evim Sahane” which was aired on Kanal D for 4 years and changed the lives of hundreds of families, is back on screen.

With the touch of professional hands, old and worn houses will be transformed into something incredible.

You just dream it, “Wonderful Crew” will make it real… 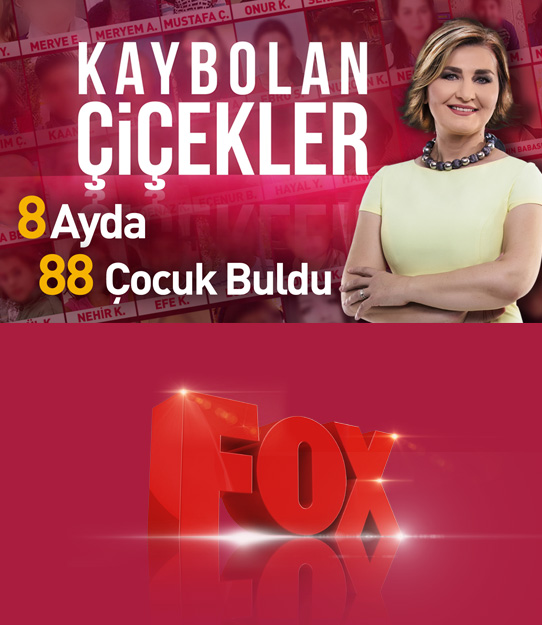 The Flowers That Has Gone Missing

“Kaybolan Çiçekler” is a studio-based reality show about disintegrated families who have lost their children and struggling to find them.

The hostess Inci Ertuğrul and her professional intelligence team are fighting to help the families in finding their children and also creating solutions to their problems by providing legal and psychological support. 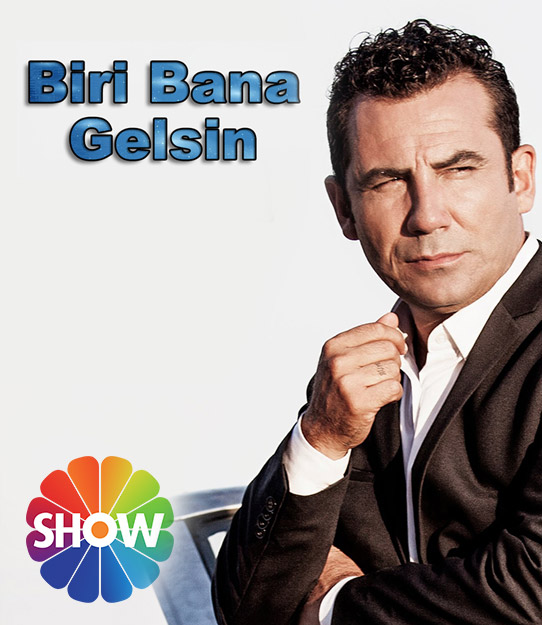 Somebody Come to Me

Someone Come to Me is a music-intensive television program, which is hosted by artist Ferhat Göçer, where he plays his beloved songs live together with his orchestra, and where important artists are the guests of the program in each episode, and his works are brought to the record with live views.

After the opening songs and announcement of Ferhat Göçer, the program will have famous singers who will sing together with him.

On the one hand, the repertoire songs created for the program are performed, while the requests from the audience are fulfilled during the live broadcast with solo performances and duets. 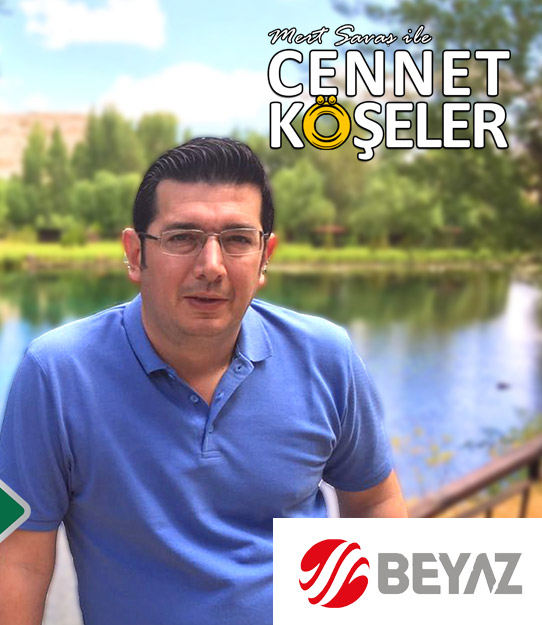 Mert Savaş's unique narrative language is presented to the audience in this travel format program. It is prepared for the purpose of introducing the historical and touristic regions of our country, transferring them to future generations and raising awareness about tourism.

Mert Savaş deals with the change and transformation of the culture of eating and drinking from the traditional to the modern life together with the people living in their regions.

In addition to his interviews, he reflects our country, which can be called Paradise on television screens with very special images. 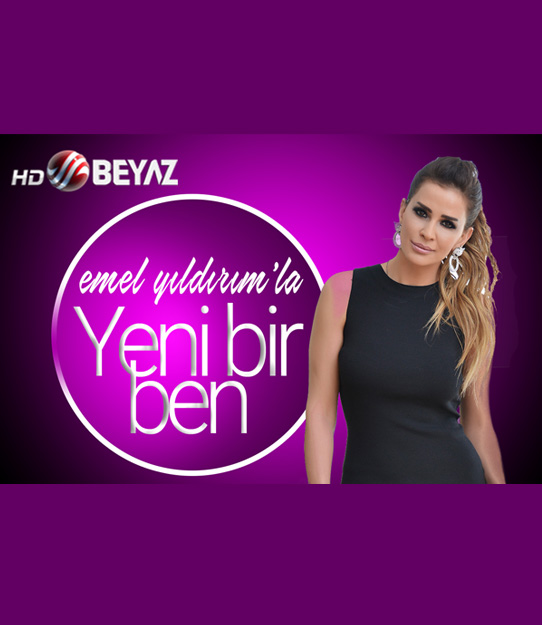 A New Me With Emel Yıldırım

Emel Yıldırım is the presenter of the program, which is applied to the selected person among the applicants and where a range of innovations are realized from aesthetic and plastic surgery operations to hair and skin care in health, fashion and beauty. The program’s motto is ‘Every woman is beautiful’.

While the participants are introduced to the audience in every aspect at the beginning, the great difference seen after the contributions made by the successful physicians and experts in their fields is shared with the followers who attach importance to personal change and development.

‘A New Me With Emel Yıldırım’ is stand out because of the richness of production among the Before-After concept projects. 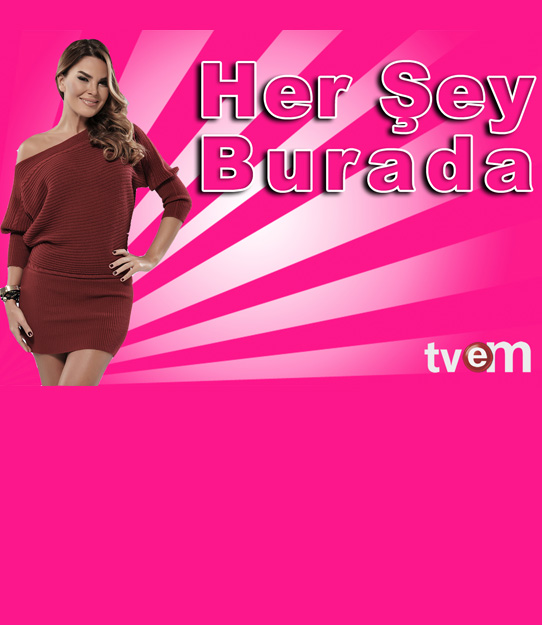 Everything is Here; It is a daytime program which is hosted by Özlem Yıldız, that is followed with interest by women viewers who deal with music, entertainment, magazine, current and agenda topics. 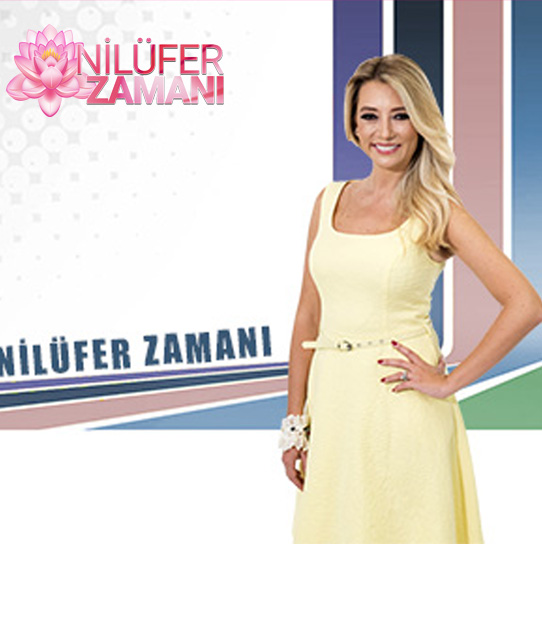 Nilufer Time has gained the admiration of the audience in a short time with the original presentation of Nilufer Bereket, who touches all areas of life such as health, sports, fashion, magazines, beauty and astrology, proper nutrition and home economy.

Nilufer Time, which is published every day during the day during the week, receives important names that are well known by the public as guests in this very special project. 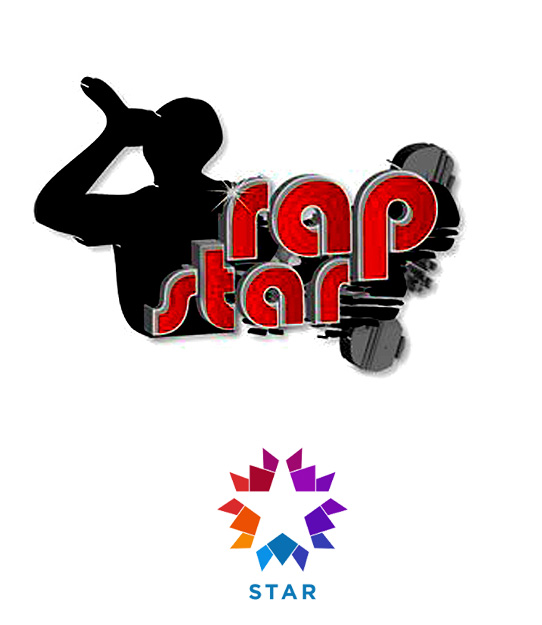 Sibel Tüzün, Ceza, Funky-C and each week a different famous jury chaired by the name of the jury competing short story was presented by Sertel Sertel and this project was realized for the first time in our country.

The performances of the 10 selected rappers and the 10 artists who have coached them to contribute to the contestants are shown on the screens every week.

Rap Star is a format in which well-known names re-interpret the popular works of our country by adding lyrics written by rap contestants. Program, according to the votes given by the public and the jury members, the contestant will be the winner of the week, at the final stage the contestant will be entitled to receive the title of Rap Star. 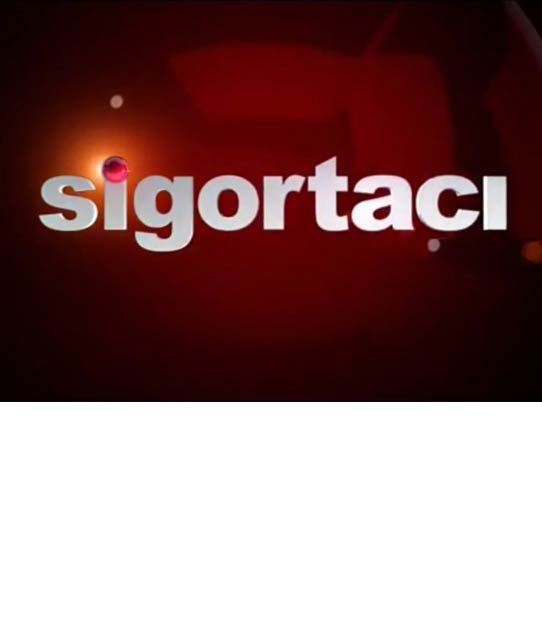 To bring a different perspective to the insurance sector, to raise consumer awareness about insurance, and to open a new window in order to transfer the contributions of the sector to modern life. These are the most important ones in the definition of the Insurer program.

The most important reasons for the high ratings that program has received; to include the opinions of the citizens on the street, to share the public disclosure statements of the managers and experts of the insurance companies, to defend the rights of the consumer until the end was shared.

In the Insurer program; the opinions of all actors of the sector, from the public sector to insurance companies, experts, agencies and assistance companies are included.

Celebrities from the magazine and the art world set an example to the audience by explaining which insurance types they have built and how they benefit from these insurances. Insurer; with its rich and colorful content is appreciated, sheds light on consumers ... 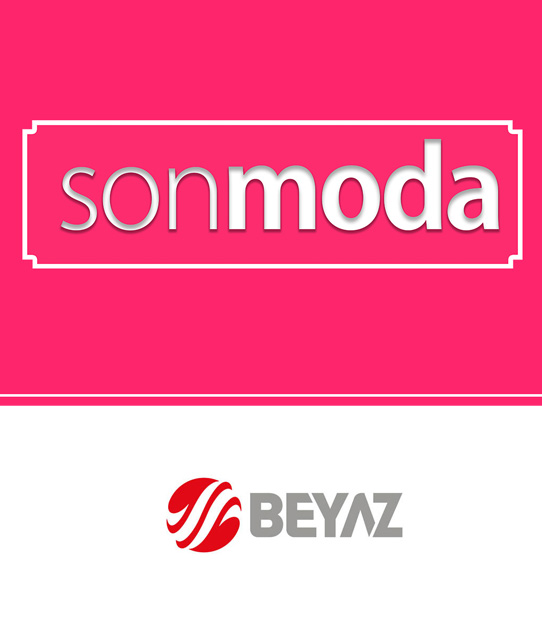 ‘Latest Fashion’ is the sector program that brings all the developments, innovations, changes and problems in the fashion sector to the screens with all sides.

In the program hosted by Funda Karataş; she follows fashion closely for fashion enthusiasts, makes suggestions, and brings together the brand representatives of the fashion world with the audience.

Clothing, health, aesthetics, beauty, make-up, accessories and many other subjects, which are in every aspect of life and followed for a while as fashion, explain their reasons for their preferences. She makes suggestions to make life more valuable. 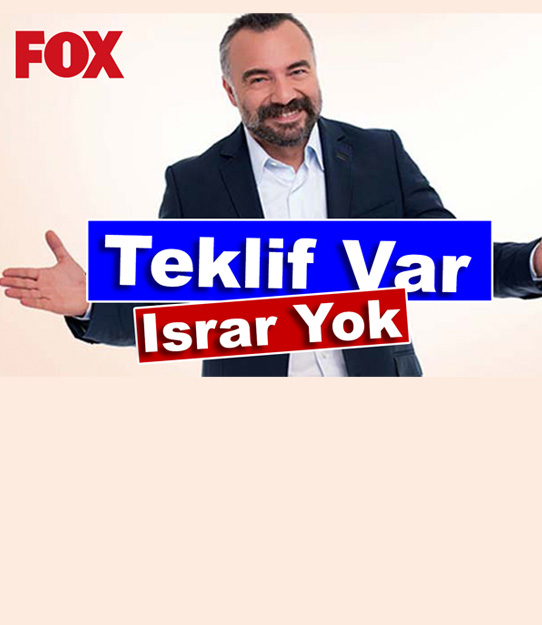 There Is An Offer But No Insist

The quiz-show hosted by Oktay Kaynarca, is a fun, exciting money-winning contest program. In each episode, with the help of his friends, the goal of the contestant is to leave the competition with a prize money. There is an Offer but no Insist is defined as the domestic format competition program provided by Provizyon Media to our country.

Among the 19 contestants in the studio, 1 contestant is selected through computer. This contestant chooses each step on three different paths of red, blue and orange colors and proceeds towards the finals with the money awards she/he won under the colored sections. It is also possible for other competitors to make suggestions on this journey. The contestant who does not accept the offer made to him at the end of every five stages on the way forward with the choices to be made. These choices are half, all or the bankruptcy options and the money will be determined with this choice.

In the final stage there are two roads in front of the contestant, consisting of red and blue.

One of these ways is the grand prize of 50,000 pounds plus all the prize money the contestant has won. The other way could be bankruptcy, half or all of them. 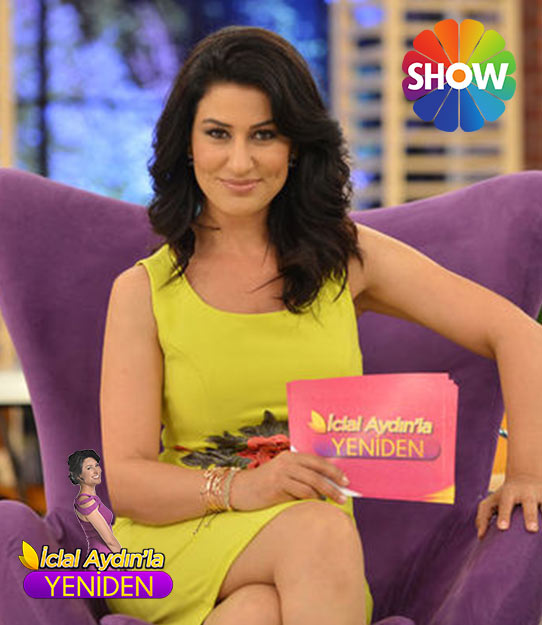 Journalist, writer, radio and television program presenter, theater and cinema actress Iclal Aydın now presenting ‘Again with Iclal Aydın’ on Show tv! In this daytime program, important problems about life find its solutions with the guide of experts, and be shared with the audience every day. 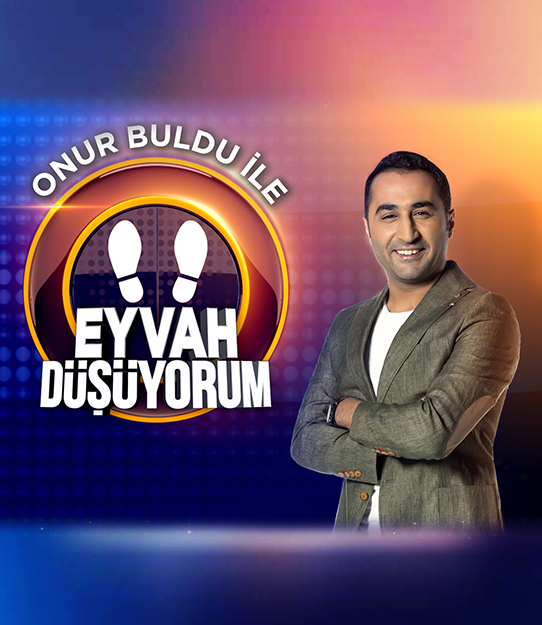 ‘Still Standing’ knocks both contestants and viewers off of their feet!

As the clock winds down, contestants fight to be the last one still standing, because if they're left scrambling for the answer, they'll literally be dropped from the game – straight through the floor of the studio! 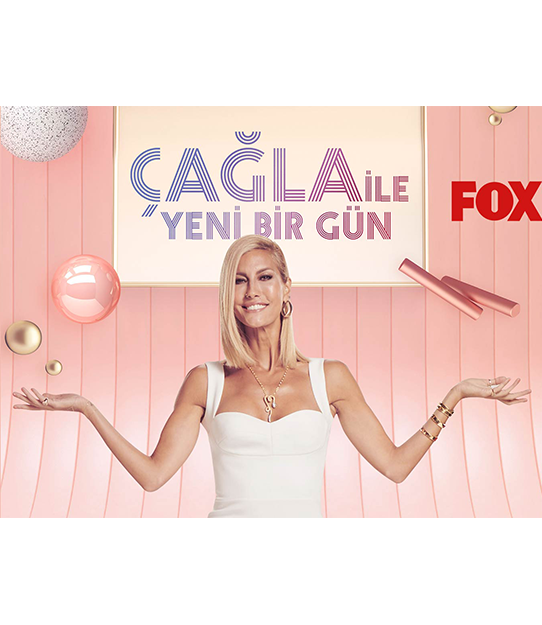 A New Day With Çağla

The program, which was successfully hosted by Çağla Şikel, was deemed highly distinguished and of high quality, especially by the female audience, and received many important awards.

A New Day with Çağla brings experts to the studio to discuss of topics like, secrets of healthy life, ways of proper nutrition, methods to be used in shopping, things to be considered while doing sports, and many other subjects.

Trends, practical, delicious recipes that can easily be done, aesthetics, beauty, fashion and many more topics are discussed in the ‘’A New Day with Çağla” program to make life easier… 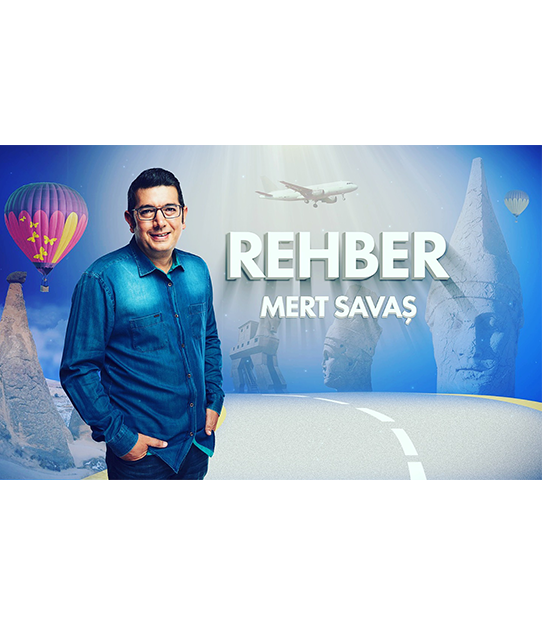 The program called REHBER, which includes the food and beverage places realized for the purpose of introducing the historical and touristic regions of our country, transferring them to future generations and raising awareness about tourism, is presented by experienced travel-documentary programmer Mert Savaş.

Each episode of the Rehber, Mert Savaş has going to the different regions. The location and price information of the region, the places to visit are shared in a warm friendly language for those who plan to travel.